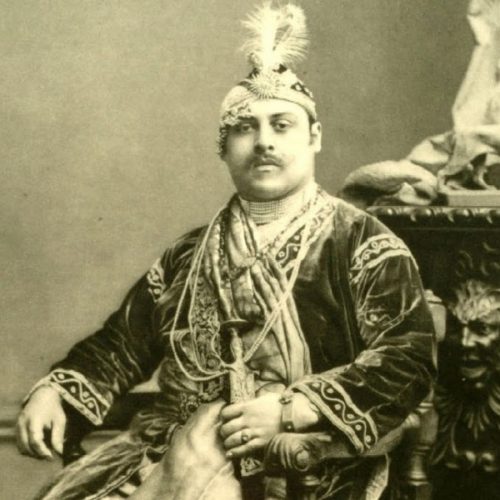 with a special Cadetship and left it in the following December to be commissioned as Lieutenant into the Ist(Royal) Dragoons He continued to serve in the Royal Dragoons until he resigned his commission in 1898. In 1889 he was stationed at Halifax, Nova Scotia, as a member of the staff of General Sir John Ross, Commander of British Forces in British North America. In February 1890 took leave to meet his father in France and brought him back to England.but he did not stay for a long time and went back to Paris and there he died.

On the death of his father, Maharaja Duleep Singh on 23 October 1893, Singh succeeded him as Head of the Royal House of  Punjab. Duleep Singh’s lavish lifestyle coupled with continual battles with the British government to return to his homeland and to be paid the dues by the British as promised to him began to cause financial problems and these were carried over to his eldest son, Victor, upon his father’s death.  None of Duleep Singh’s children were allowed to inherit any of his property, including his much-envied palace at Elveden.

In 1890, eight years before his marriage to Lady Anne, he had been taken to court after failing to pay a £16 bill for stationery despite allegedly “living in a sumptuous manner, keeping several male servants, being a member of two leading clubs, owning a private Hansom cab, being looked upon as a leading member of society and reputedly a rich man”.

By the late 1890s, his debts stood at a staggering £17,721, more than three times his yearly allowance from the British government at the time.

Singh was declared bankrupt on 4 September 1902, with his debts total  £117,900, The bankruptcy was attributed to his bad investments and to gambling, something that plagued him for the rest of his life.

On 4 January 1898, east meets West as said by Mike Pryce, Prince Victor Albert Jay Duleep Singh married Lady Anne Coventry, a daughter of The 9th Earl of Coventry which created a sensation. It was the first time an Indian prince had married an English noblewoman, which became possible only due to the intervention of The Prince of Wales.(later King Edward VII), The wedding took place at St Peter’s Church, Eaton Square, London, where Queen Victoria was also present.

Returning from their honeymoon, the couple was invited to a ball by Queen Victoria, who afterward called Princess Victor – as Lady Anne was known – to a private audience in Buckingham Palace.

There, the elderly monarch delivered a chilling message to the young bride – “that she must never have any children with the prince,” thus effectively ending the lineage of the exile for the security of the British Empire.

Also, she was told she must live abroad with her husband, not in England.

The “happy but odd couple”, as they were described, never did have a family, although they continued to live in England for several years and often returned to Worcestershire for social events, particularly the annual Croome Hunt ball.

Princess Bamba had told members of the Fakir family, who were former ministers in her father`s court, that when they were children their English cooks would put “substances” into their food so as to make them infertile says Bance

Prince Mohsin Ali Khan, a member of the erstwhile ruling family of the princely state of Hyderabad, told reporters he was shocked by the claim about Queen Victoria`s reported instructions to Lady Anne.

“It is quite shocking, but it is plausible,” said the London-based Khan, who is on the Council of the Constitutional Monarchist Association, a non-government body that supports and defends the British monarchy.

During the  First World War Victor was ordered to remain in Paris and died in France shortly before the war ended.

He died, without legitimate issue, aged 51, on 7 June 1918, and was buried at the Anglican Cemetery above Monte Carlo. Beside him is the grave of his wife who died aged 82, on 2 July 1956. However, it was later claimed that he was the biological father of Almina Carnarvon-The 6th Earl of Carnarvon. 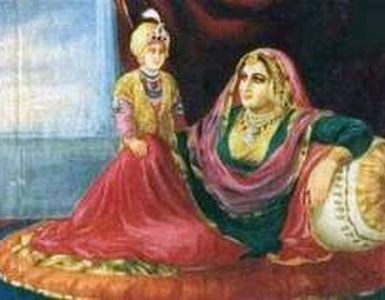 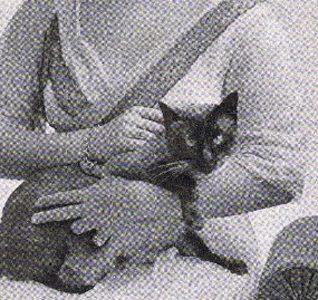 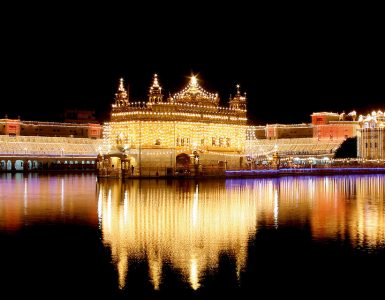 ( 1889-1926) Princess Ada Irene Helen Benyl Duleep Singh was a second daughter of Maharaja Duleep Singh from his second wife Ada Douglas. Not much information about her life is available but it is presumed that she led...