Babur – The Founder of Mughal Emperor

After winning the Battle of Panipat in 1526, Babur invaded the Indian Subcontinent, thus laying the foundation of the Mughal Empire in India .The Mughal Empire was founded by Babur , a Central Asian ruler who was descended from the Turk-Mongol conqueror Timur on his father’s side and from Chagatai, the second son of the Mongol ruler Genghis Khan, on his mother’s side. Ousted from his ancestral domains in Central Asia by Uzbek Khan, the 14-year old Prince Babur turned to India to satisfy his ambitions. He established himself in Kabul and then pushed steadily southward into India from Afghanistan through the Khyber Pass. Babur’s forces occupied much of northern India after his victory at Panipat in 1526. The preoccupation with wars and military campaigns, however, did not allow the new emperor to consolidate the gains he had made in India and died on 26 December 1530 at the age of 47′

In 1540, Hamayun was overthrown by Sher Shah but  he returned to the throne in 1555 after the death of Sher Shah Suri’s son and Successor Islam Shah Suri. The instability of the empire became evident under his son, Humayun, who was driven out of India and into Persia by rebels. Humayun’s exile in Persia established diplomatic ties between the Safavid and Mughal Courts, and led to increasing West Asian cultural influence in the Mughal court. The restoration of Mughal rule began after Humayun’s triumphant return from Persia in 1555, but he died from a fatal accident shortly afterwards

Abu’l-Fath Jalal-ud-din Muhammad Akbar, popularly known as Akbar the Great, was the third Mughal emperor, who reigned from 1556 to 1605. Akbar succeeded his father, Humayun, under a regent, Bairam Khan, who helped the young emperor expand and consolidate Mughal domains in India.  Akbar, is considered one of the greatest rulers of all time. Although he was a fierce warrior, but a wise ruler, popular with the people, he conquered. He is known for ushering in the Mughal style of architecture, which combined elements of Islamic, Persian and Hindu design, and sponsored some of the best and brightest minds of the era—including poets, musicians, artists, philosophers and engineers—in his courts at Delhi, Agra and Fatehpur Sikri.

Akbar’son Jahangir was the fourth Mughal Emperor, who ruled from 1605 until his death in 1627. He was an amicable, liberal Muslim—an emperor who loved painting, architecture, and the fine arts.  Though he cherished the well-being of his Indian subjects, revered both Hindu and Muslim saints, but could not see the vast expansion of Sikhism. He thought much before and had given a torturous death to Guru Arjun Dev ji. He had also punished his son Khusro for a revolt against him and condemned him to a fate more terrible to death, that was to  order to make him blind. He was addicted to opium, and neglected the affairs of the state, mamaged by his Persian wife  Noor Jahan

Salef-ud-din Muhammad Shahryar, better known as Shahryar Mirza, was the fifth and youngest son of the Mughal emperor Jahangir. . After Jahangir’s death, Shahryar made an attempt to become emperor, supported by his powerful stepmother Nur Jahan to become emperor, but lost it within 3 hours

Shahab-ud-din Muhammad Khurram, better known by his regnal name, Shah Jahan, was the fifth Mughal emperor of India, and reigned from 1628 to 1658. Historian J. L. Mehta wrote that Although an able military commander, Shah Jahan is best remembered for his architectural achievements. His reign ushered in the golden age of Mughal architecture. Shah Jahan commissioned many monuments, the best known of which is the Taj Mahal in Agra, in which is entombed his favourite wife, Mumtaz Mahal.

Muhi-ud-Din Muhammad, commonly known as Aurangzeb or by his regnal title Alamgir, was the sixth Mughal emperor, who ruled over almost the entire Indian subcontinent for a period of 49 years. , He was an accomplished military Leader. The Mughal Empire reached its great extent, ruling over nearly all of the Indian subcontinent but he has also been described as the most controversial ruler in Indian History . Emperor Aurangzeb bears the dubious distinction of being blamed for the downfall of the mighty Mughal empire due to his intolerance. Aurangzeb was noted for his religious piety; he memorized the entire Quran, studied hadiths and stringently observed the rituals of Islam, He also patronized works of Islamic  and Arabic Calligraphy.

Kutb-ud-Din Muhammad Azam, commonly known as Azam Shah, was briefly the Mughal emperor. He was the third son of the sixth Mughal emperor Aurangzeb and his chief consort Dilras Banu Begum. Azam was appointed as the heir-apparent to his father on 12 August 1681 and retained that position until Aurangzeb’s death.

Bahadur Shah, also known as Muhammad Mu’azzam and Shah Alam, was the eighth Mughal emperor in India, ruled from 1707 until his death in 1712. In his youth, he conspired to overthrow his father Aurangzeb, the sixth Mughal emperor, and ascend to the throne. He ruled diplomatically –  tranquilized the Rajputs, made settlements with the Marathas, and became friendly with the Sikhs in the Punjab

Highly influenced by his  Grand Vizeer Zulfikar Khan.Mirza Muhammad Mu’izz-ud-Din, more commonly known as Jahandar Shah, was a Mughal Emperor who ruled for a brief period in 1712–1713. Jahandar Shah was  appointed as Vizier of Balkh in 1671 by his grandfather, Aurangzeb. When his  grandfather died on 27 February 1712, he and his brother, Azim-ud-Shan, both declared themselves emperor and battled for succession. Azim-us-Shan was killed on 17 March 1712, after which Jahandar Shah ruled for an additional eleven months. Before ascending the throne

In 1717, he granted a farman (order) to the East India Company granting them duty-free trading rights for Bengal. This strengthened their posts on the east coast thus creating a problem for all the upcoming Mughal Emperors.

Rafi ud-Darajat , the youngest son of Rafi-ud-Shan and the nephew of Azim -ud- Shan, was the eleventh Mughal Emperor. Ajit Singh of Marwar placed him on the throne after assassinating Furrukhsiyar.

Shah Jahan II, was the twelfth Mughal emperor for a brief period in 1719. After being chosen by the Sayyid brothers, he succeeded his short-lived brother Rafi ud-Darajat in that year. Like his brother, he died of tuberculosis and was buried in the dargah of Qutbuddin Bakhtiar Kaki.

He was son of Khujista Akhtar, the fourth son of Bahadur Shah I. With the help of the Sayyid brothers, he ascended the throne at the young age of 17.but very soon wanted to get rid of the their supermacy . He fought a long war with the Marathas and also lost Malwa  and Deccan in the process. He also suffered the invasion of Nadir Shah of Persia. Thus, being the last emperor to possess effective control over the Mughal empire. Asir-ud-Din Muḥammad Shah was the thirteenth Mughal emperor, who reigned from 1719 to 1748.

Ahmad Shah Bahadur, also known as Mirza Ahmad Shah or Mujahid-ud-Din Ahmad Shah Ghazi was the fourteenth Mughal Emperor, born to Emperor Muhammad Shah. He succeeded his father to the throne in 1748, at the age of 22. When Ahmed Shah Bahadur came to power, the Mughal Empire was collapsing. The Marathas defeated Mughal forces in the Battle of Sikandarabad.

Shah Jahan III, also known as Muhi-ul-millat was Mughal Emperor briefly. He was the son of Muhi us-Sunnat, the eldest son of Muhammad Kam Bakhsh who was the youngest son of Aurangzeb. He was placed on the Mughal throne in December 1759 as a result of the intricacies in Delhi with the help of Imad-ul-Mulk.

Shah Alam II, born as Ali Gohar or Ali Gauhar was the seventeenth Mughal Emperor and the son of Alamgir II. Shah Alam II became the emperor of a crumbling Mughal empire, In 1799, the execution of Tipu Sultan of Mysore happened during his reign..

Akbar II, also known as Akbar Shah II, was the nineteenth Mughal emperor of India. He reigned from 1806 to 1837. He was the second son of Shah Alam II and the father of Bahadur Shah II. Akbar had little de facto power due to the increasing British influence in India through the East India Company He became the titular figure under the British rule.

Bahadur Shah Zafar or Bahadur Shah II was the twentieth and last Mughal Emperor of India, also considered the last ruler of Mughal Dynasty. He was the second son and the successor to his father, Akbar II, who died on 28th September 1837.He was the last Mughal Emperor who was deposed by the British and later exiled to Burma (now Myanmar) after the Indian Uprising of 1857, where he died in at the age of 87 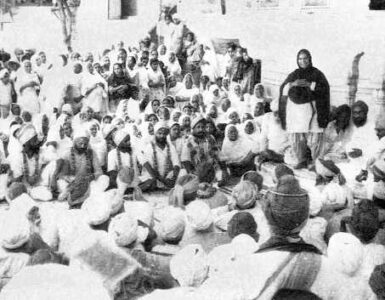 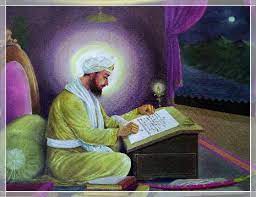 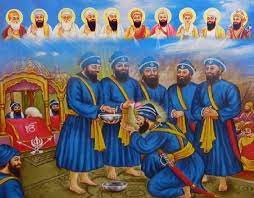